It is not the mountain we conquer, but ourselves. ~Edmund Hillary

Climbing the highest peak of Cebu is one of my best achievement this year. So, this post goes to my climbing buddies — Niña, Mapril, Ate Edeza and Ace. If not because of them, reaching the summit of Osmeña peak would only remain a plan. I’ve been wanting to go there since 2014. But we never got a chance to do so, until last Sunday. It was the perfect gift for Labor day!

It was an unplanned adventure. While suffering from ‘i-feel-crazy-syndrome’, I posted that I wanted to go to O’peak as soon as possible but I don’t have a companion. Out of nowhere, my friend Mapril sent me a message on Skype saying she wanted, too. And so we agreed to go the next day.

We met in Jollibee, Hi-way at 12:30am. We then rode a taxi going to Cebu City South bus terminal. We’re able to catch the first bus trip bound to Oslob via Dalaguete at 1:30am. There was no traffic so the usual 2-3 hours ride became only an hour and a half. We arrived at the Mantalungon junction at 3:30. We rode a motorcycle to the public market which took 30 minutes. We chose to hike from the market to the peak because it was too early.

Then, the epic failed hike. It was still dark and we forgot to bring flashlights with us. Fortunately, our phones have. But we got lost still. Thanks to the concerned motorcycle drivers who passed us. He told us that we’re on the wrong way. Gosh! We already walked far from the right trail. (facepalm) We just laughed it out and headed back to where the driver said the correct path.

I was the one who insisted to hike from the market instead of starting from foot of the mountain. I never expected it to be that exhausting. I was left behind and Ace was starting to complain about my slow pace. What shall I do? My knees were trembling and would eventually give up if I will force it to keep up with their pace. So, Ace took my backpack and carried it. Until we’re able to keep up with them. (Oh, thanks!)

It does not matter how slowly you go, so long as you do not stop!

We could tell that we are near because of the thick fog, like almost zero visibility around. We met some locals who were heading to the church for the early morning mass. As we greeted them good morning, almost all of their answers is, “Good morning! Are you heading to O’peak? You’re very early!” Yeah, we are indeed!

Despite being lost and my slow pace,  the hike to the foot only took us one hour. So we reached the registration area at exactly 5:00am. After paying at the counter, we immediately started our trek because the sun is starting to break.

And finally we reached the crest. And we’re able to catch the sunrise. Isn’t it beautiful to witness the rise of a new day?

Look at those dirty toes. Hey! It’s worth the 4 kilometers hike.

The view from the top is just breathtakingly beautiful. It made us forget our struggle in reaching it. It’s just amazing that even these pictures don’t give justice.

Because of the fog around, the islands of Bohol and Negros is not visible in the camera. The fog would be gone around 7:30am.

We agreed to go down at 7:30 because we did not bring food with us. And it was starting to be crowded at the crest, too.

The next picture is rated SPG. Please proceed with caution. Hahah 😀

It was a fun and exhausting labor day adventure. And I’m so glad I’m scratching another place on my travel bucket list. 🙂

VERDICT:  Osmeña Peak, you gave me muscle pain, but I would climb you again. Achieved!

I hope you enjoyed this travel diary of ours. 🙂 ‘Til our next wanderlust. Keep safe!

Just some country girl who ran out of notebook to write her thoughts. Welcome to my corner! View All Posts

12 thoughts on “Osmeña Peak | Our Struggle in Reaching The Summit.”

Searching for something? Try here!

Some posts you must have missed. 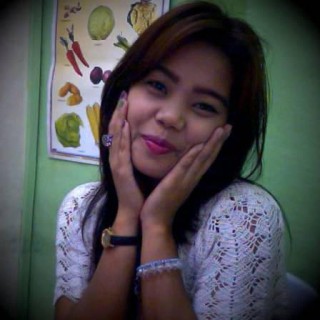 Just some country girl who ran out of notebook to write her thoughts. Welcome to my corner!